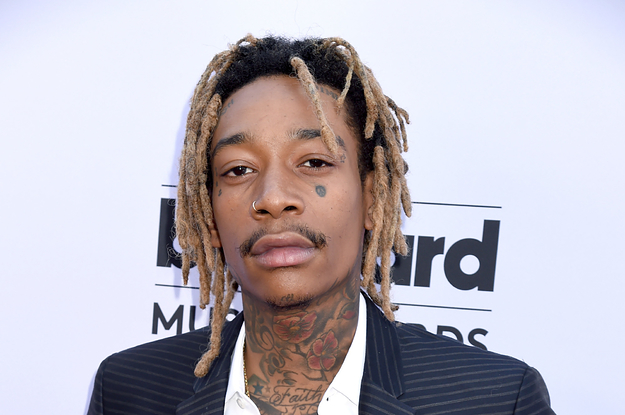 Rafaello & Co. Issues Apology To Lil Baby After Selling Him A Fake $400,000 Watch

Lil Baby took to social media recently to blast New York-based jeweler Rafaello & Co. for selling him a fake $400,000 Patek Philippe watch. The jeweler has responded with a lengthy apology posted to Instagram.

“I personally want to apology to Lil Baby for not doing my due diligence when selling him the Patek watch,” the company said on their Instagram Story. “I should’ve inspected the watch after purchasing it from the dealer. I take full responsibility for not doing my job properly. I personally would NEVER knowingly sell him or anyone else anything that is not 100% authentic.”

The ordeal began earlier this week when Lil Baby posted the watch to his Instagram Story. He wrote “40th anniversary!! Not. The regular” and “400k” on the photo of the fake Patek. Soon after, he created a post and tagged Patek Philippe this time saying “see this why I need to be on the list.” He continued on and wrote “After market jewelers going to make me do some I shouldn’t be doing.”

At first, the rap star wasn’t clear about which jeweler sold him the pricey accessory. However, he killed the mystery on Friday evening by naming the company in a short paragraph. The paragraph served as the caption for a video of him flaunting giant, icey rings. Each ring is a blinged out letter in the word “four.” If you didn’t know, the Atlanta-bred artist is the owner of the record label 4PF, which stands for Four Pockets Full.

“Now Rafaello & Co y’all know better than to sell ME of all people a FAKE or anything that could be called a FAKE,” Lil Baby wrote on Instagram. ” I stand on my name the same way y’all should! Ain’t no such thing as a mistake when that money involved. Don’t f*****g play with me cause when I’m on that, I’m on that.”

In their apology, Rafaello & Co. revealed that Lil Baby received the rings in the video free of charge “as a token of [their] sincere apologies.” They also made sure to set the record straight about Lil Baby’s ice game saying there’s “nothing fake about” Lil Baby “especially his jewelry and watches.”

I know it, and I’ll go ahead and assume that you do too, if not only because both halves of the couple frequently put their affection on display via romantic social media posts and joint public appearances.

Most recently, fans of the Blink-182 drummer and former Keeping Up With the Kardashians star’s relationship were treated to a slew of photos that pictured them exploring Paris, the Italian Riviera, and Cabo San Lucas.

Anyway, the fact is, we’re used to seeing Kourtney and Travis in photos together. And, for the most part, those photos generally range from mildly to extremely glamorous, depending on the occasion.

So, it was cool to see Kourtney switch things up a bit with her latest Instagram post, where she gave us some insight into her hangouts with Travis IRL.

“Instagram vs. Reality,” she captioned the carousel, which featured an initial pic of Kourtney looking suave, and seemingly ready for a night out in an all-black outfit and full makeup.

Moving on to the “reality” portion of Kourtney’s post, a second, after-hours snapshot showed the lifestyle brand founder lying next to Travis in bed. Yes, they are wearing matching face masks in this.

Looks like real love to me. LMK how you’re feeling about Kourtney and Travis’ skincare selfie, and whether you think their face masks are a stealthy plug for Poosh products (*eyes emoji*), in the comments below.

Whew Chile! If you haven’t been keeping up with the tea on this wonderful Saturday night, let us fill you in because it is piping hot! Karen Civil was hit with some shocking allegations over the weekend and she became the third highest trending topic on the internet after she joined a clubhouse room to address the claims.

Thousands of people tuned in to hear Karen’s side of the story after Jessie Woo alleged Karen used fraudulent practices to obtain $3 million from her and Joyner Lucas accused Karen of finessing him out of $60k! While Karen was defending herself against those claims, she also exchanged words with Jason Lee, ultimately admitting to hiring a hacker to take down his Instagram pages back in 2018.

Earlier this week, comedian and personality Jessie Woo took to social media to call out Karen Civil in an ongoing legal matter. During the Clubhouse conversation, Karen addressed their issues and said their relationship turned sour when Jessie accused her of stealing her podcast name. Karen claims she was unaware of her podcast and said that she did not take her podcast’s name.

Karen also claims that Jessie repeatedly tried to trash her name publicly, causing her to take the legal route starting off with a cease-and-desist letter. She continued to handle things legally. Jessie shared documents from their recent battle in court, and Karen said, “She didn’t win anything. For the slander they dismissed, but for the defamation, it’s continuing on. She showed you half of a document, the thing is way longer than that, and it’s going to continue on because they would not let me amend my files to add additional stuff. She did not win anything.”

Joyner Lucas set the ‘gram on fire on Saturday afternoon when he called Karen Civil out for allegedly stealing $60,000 from him, which he paid her to perform consulting services for his career. Things got heated when Joyner blasted Karen on clubhouse, claiming she wasn’t honest about where the funds were going. He also said Karen stopped answering his phone calls, and even asked him to stop “disturbing” her while she was on vacation.

In response, Karen maintained that she allotted the funds Joyner gave her to the appropriate people to help his career, and cited an instance of Joyner being late to an NBA event as the reason for him making the allegations. According to Karen, she told Joyner to arrive at the event at a specific time, to which she claims he showed up an hour later and was denied access into the event. Karen said she was on vacation at the time and was unable to take Joyner’s call.

Jason chimed in on the conversation to address an issue he had with Karen back in 2018, where he claimed Karen hired a hacker in an attempt to get his company’s Instagram page taken down. Karen admitted to doing so, and apologized to Jason for her previous actions.

Check out the run down on our Instagram page:

Rafaello & Co. Issues Apology To Lil Baby After Selling Him A Fake $400,000 Watch

I TRICKED The Vegan Teacher