I still can’t believe Emma Stone walked out of the theater halfway through Easy A.

Some actors are huge fans of the movies and TV shows they’re in — but other actors HATE watching themselves onscreen.

It’s understandable (I hate seeing/hearing myself in recordings, too!), but still, it seems wild that certain celebs haven’t seen some of these massive movies and shows! Here are 26 stars that haven’t even seen one of their big roles.

“I haven’t really seen most of them; I’ve watched only a handful,” she said on her podcast. “The few times I’ve directed, I went back and watched some old episodes.” In another interview, she said she’d only seen “six or seven” episodes — all of them post-Season 10 (besides the pilot).

In fact, he only recently watched the first film in full. He told BuzzFeed he hates watching himself onscreen, but he was “far enough removed” from his 11-year-old self now that he felt he could watch it.

Kit Harington has never seen Season 8 of Game of Thrones.

The final season of the hit show was controversial, to say the least, with many fans calling for it to be re-filmed. When asked how he dealt with the controversy, Harington said he dealt with it by not watching the season — though he did defend the work put into it.

After starring in her first role in the anthology series Timeless, Cara Delevingne said she couldn’t watch it. “I couldn’t hear it, see it [Timeless]; it was horrible,” she said. “It’s the same with my modeling photos as well. I’m very critical of myself but then you’ve always got to improve, so I think it’s a good thing.”

As of late 2017, Daniel Day-Lewis said he hadn’t seen Phantom Thread, and didn’t plan to, though he’s seen many of his other films. Notably, Phantom Thread was his last film before retiring from acting.

Matthew Fox has never seen Lost, despite starring as Jack for six seasons. He said he loved the story he got from the script but didn’t watch the actual series.

Neither has Naveen Andrews, who starred as Sayid. “I shot the show, and obviously, you see what you shot when you do ADR, of course,” he revealed. “I mean, you read the scripts, but I never actually sat down and watched the show.” He did say he would maybe watch it in 20 years.

Connie Britton has only seen a few episodes of American Horror Story, despite starring in Season 1, saying she was “too scared” to watch the whole first season.

In fact, when she had to choose an episode to submit herself for Emmy consideration, she had to text the producers and ask for help as she hadn’t seen all the episodes.

Emma Stone has only seen half of Easy A, her first major starring role. “I’ve seen some scenes,” she told Timothée Chalamet in Variety’s Actors on Actors. “But I went to a friends and family screening to see it, and I had to get up and walk out. Who wants to watch themselves for that long?,” she said of the hit comedy film.

Andrew Lincoln doesn’t watch The Walking Dead, despite being a breakout star of the series.

Lincoln told Entertainment Weekly that he doesn’t like watching himself in projects because he’s tried it in the past, and it made him self-conscious: “That defeats the object of what I want to do as an actor, which is to try and be in the role. … I just want to leave myself alone as much as I can. It breaks the spell; it breaks the magic somewhat.”

Adam Driver has only seen the pilot of Girls, despite appearing in 48 other episodes. “I haven’t watched the show. I saw the pilot, and I learned my lesson. I can’t help but see the mistakes,” Driver told Vulture.

Eric Dane has never watched Grey’s. In an interview with Extra, Dane admitted to never watching the show, saying he was “there when it happened.”

Guest star Ravi Patel also hasn’t seen any episodes. “Oh man, I’ve had so many people get excited about that show,” he told Zoom Digital. “This is so embarrassing, but I’ve never actually seen an episode of the show, not even the ones I’m in.”

In fact, Eisenberg said he doesn’t watch any of his films, because, in his words, “I really like thinking that you’re working in this bubble, and I can experience these personal emotions without thinking that it’s going to be scrutinized by, in some cases, a lot of people. In some cases, a small group of people. To take that burden off yourself of thinking about how it’s going to be perceived by other people or myself has kind of made me feel that much more comfortable.”

Jared Leto has never seen Dallas Buyers Club, which he won an Oscar for.

Leto literally plugged his ears as the Times played a clip, saying, “I can’t hear that voice! I’ve never really heard very much of it and I’ve never watched the film. … It can never live up to the expectations I would have of it now because it was such a beautiful experience, and the response that it got was really wonderful.” He did say he would watch it at some point in the future.

Angelina Jolie hasn’t seen Wanted, which she starred in. “I heard it was fun. I feel like I did something right if I can watch something and feel removed enough,” Jolie told MTV, comparing it to Changeling, which she did watch.

James Van Der Beek never finished Dawson’s Creek, despite being — well — Dawson. He never saw the last episode and has said pretty much an unequivocal “no” to a reboot.

Charisma Carpenter never finished Angel or Buffy the Vampire Slayer, both of which she had major roles in.

She said she’d maybe watch it one day but didn’t want to then: “Because it’s frustrating. I always see things that I would like to do differently and think, Oh, why in the name of God did I do that?”

Joaquin Phoenix has never seen Irrational Man. After saying he’d never seen the film, Phoenix elaborated that he tries not to watch any of his films: “Paul Thomas Anderson [the director] got me to watch The Master, and I saw Her. Those are the only two I’ve seen.”

As of 2020, Constance Wu still hadn’t seen herself in Hustlers. Wu said she stopped watching anything she was in after Crazy Rich Asians because she wanted to keep herself from being self-critical or dwelling on the past.

As of 2009, Nicole Kidman had never seen any of her movies besides Australia and Moulin Rouge!. This then includes her Oscar-winning role in The Hours.

Johnny Depp has never seen Edward Scissorhands. “I’m not sure I saw that film, to be honest with you,” Depp told a fan who asked a question about the film on Jimmy Kimmel Live!

When Kimmel pressed for whether Depp watched any Tim Burton films, Depp replied, “The ones that I wasn’t in.”

“Every time I watch [a premiere], and I look around me, and I’m like, ‘Well, it’s our first flop,'” she told Jimmy Fallon. “I just decided I don’t want to put myself through that experience again. I’ll see it at some point.”

Sven Andrew Is Stealing The Hearts of His Fans – Unveils New Music, Live Performances and More 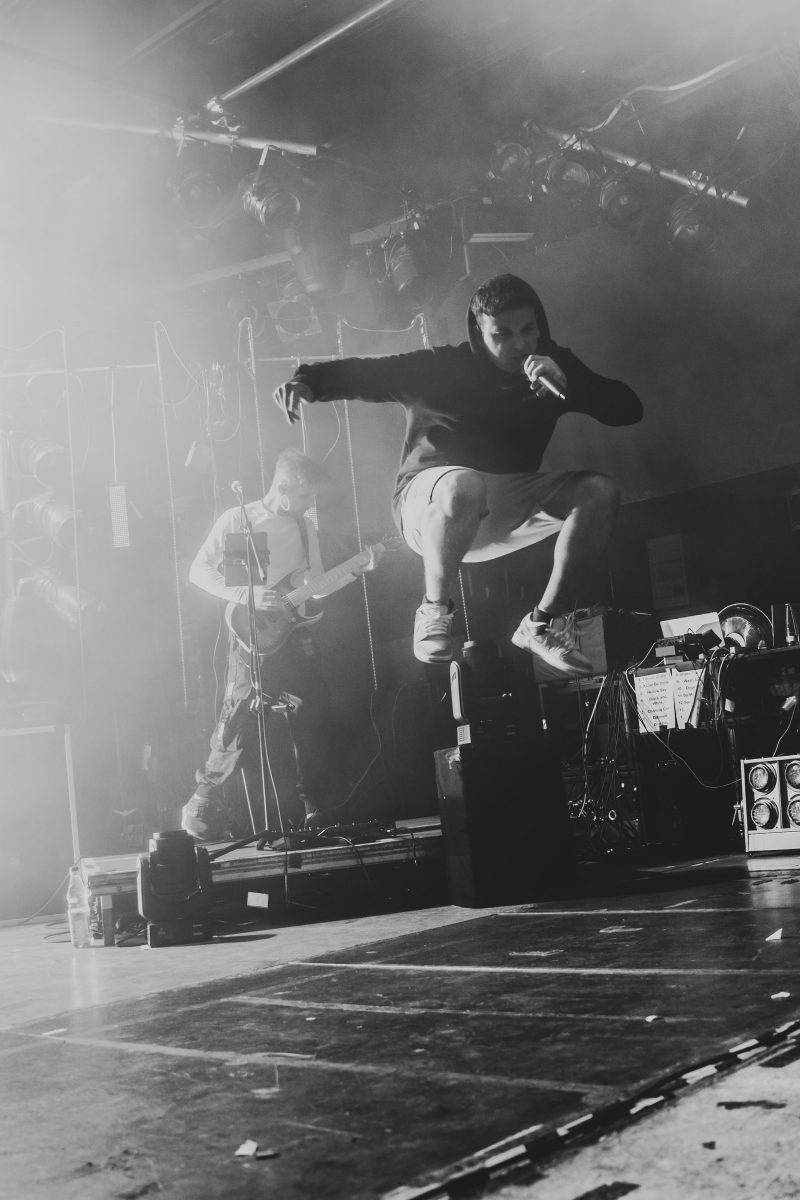 Today, we’ll talk about the life of a musician who has been creating music and videos since he was a very early age, as well as how he has been showcasing his ability to the public.

Sven Andrew is known for his live performances and that one performance that really blew the audience’s mind was on June 17th in Nuremberg in the location “Der Hirsch”. It is known for many German acts and profound artists like  Juju, 01099, and “Money Boy” have performed their acts there.

As we all know how time stopped and the world stood still during the outbreak of the pandemic and this led to the postponement of the concert about three times. But during this concert, Sven Andrew had the opportunity of presenting the 2020 album to his fans along with the EP of 2022.

One of the eye-catchy parts of the whole concert was the fantastic idea of adding high-end visuals to the screens. Sven designed six unusual screen setups. The screens were peppered with visuals, especially for the 15 songs he performed that very day.

Live performance is all about connecting with the audience and the way Sven has enthralled the audience is truly marvelous. All are looking forward to more live concerts and tours as it gives the audience the chance to take a break from their life and connect with music more deeply.

Sven’s Story of how he entered music is quite interesting. At the age of eight when most kids are not sure of what is ahead of them in their life, Sven was sure that he was born to be an artist. At eight years old he got into singing and editing videos.

The exceptional quality of his that make Sven stand out from all the other creators is that he doesn’t stick to one genre. He rather prefers in blending various genres to produce a sound that people find versatile. Practically if we see “Versatility has become very rare”. His genres include Pop, Hip-Hop, Rap as well as some rock elements.

Sven Andrew shares that the motivation he gets if from criticism. Artists must learn to handle criticism as it helps them to enhance their skills and grow into true artists one day.

We would like to end with the good news that Sven Andrew is currently working on an album and has a lot in store for us.

How Do Your "Love, Victor" Opinions Compare To Everybody Else's?

I can’t believe it’s really over! 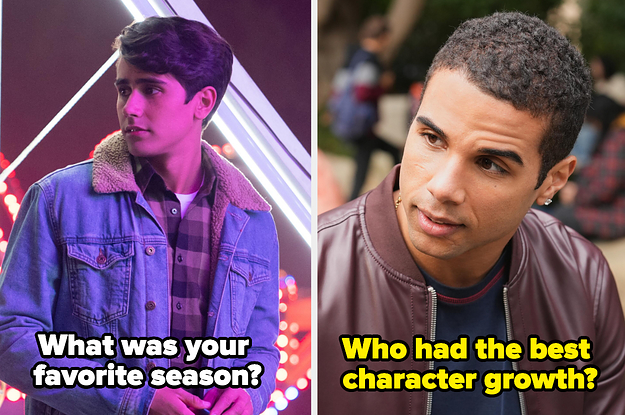 Turntablism is the art of using the turntable as a musical instrument. DJ Shortkut explains turntablism in 15 levels of difficulty, from easy to complex. Shortkut starts with the very basics of scratching all the way to complicated techniques like beat juggling.

Still haven’t subscribed to WIRED on YouTube? ►► http://wrd.cm/15fP7B7
Listen to the Get WIRED podcast ►► https://link.chtbl.com/wired-ytc-desc
Want more WIRED? Get the magazine ►► https://subscribe.wired.com/subscribe/splits/wired/WIR_YouTube?source=EDT_WIR_YouTube_0_Video_Description_ZZ

Get more incredible stories on science and tech with our daily newsletter: https://wrd.cm/DailyYT

ABOUT WIRED
WIRED is where tomorrow is realized. Through thought-provoking stories and videos, WIRED explores the future of business, innovation, and culture.

Sven Andrew Is Stealing The Hearts of His Fans – Unveils New Music, Live Performances and More

How Do Your "Love, Victor" Opinions Compare To Everybody Else's?

I'm Curious Who You Like More: Harry Styles Or Some Random Celebrity?

So much pop! Acne extractions on severe inflammatory acne. Multiple blackheads and whiteheads.

Listen to “Catch Me In The Air” by Rina Sawayama

The Flatform Sandal Trend That’s Taking Over This Summer