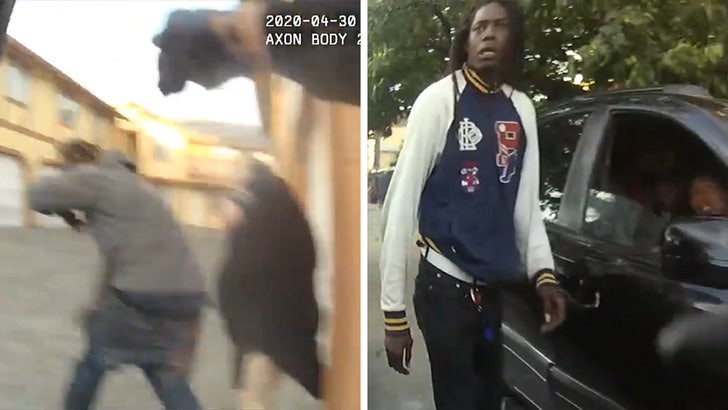 The City of Richmond, CA and a handful of their police officers are being hauled into court over an incident that reeks of police brutality … and it’s all on video.

According to court docs — obtained by TMZ — two black men will sue the city, along with three to four cops who were involved in detaining and eventually arresting these guys over a weed bust back in late April. The body cam video tells the story.

Per the lawsuits — filed by attorney Daniel Horowitz — Dejon Brown and Johnathan Spragan claim they were roughed up bad and wrongfully arrested for something they never should have been hassled for in the first place.

Long story short … cops responded to a call for someone sitting in a car and possibly smoking weed in a residential neighborhood, and when they arrived, they came with a bunch of squad cars … which was met with curious/outraged neighbors watching it unfold. 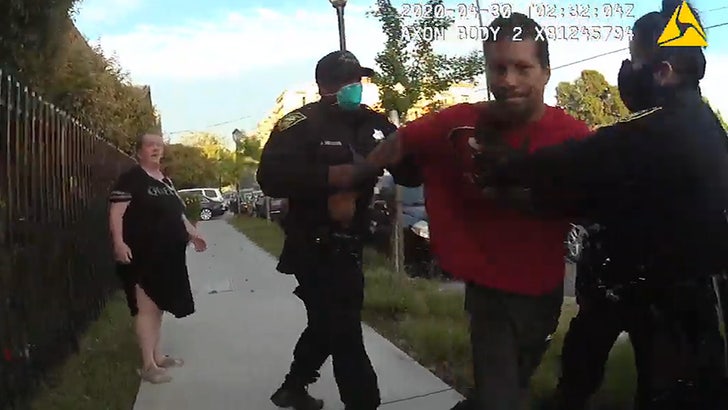 As the officers dealt with the two men in the car, another man from the sidewalk starts to call them out for bothering them at all. He gets into a shouting match with one of the officers, ID’d in the suit as Ahmed Khalfan, and eventually turned his back on the officer.

Apparently, the cop didn’t like that — or what Dejon said — and proceeded to rush over and throw him on the ground as more of his fellow officers came over to help detain Dejon. We’re told Dejon’s brother, Dareron, tried pushing some of the officers off his brother, and then ran away … which led to a brief chase and eventual tasing, all caught on camera.

Enter Johnathan, a bystander watching this all unfold, who tried intervening to deescalate the situation, per his attorney, Dan Horowitz. You can see what happened to him when he wouldn’t back down. He, too, was manhandled and arrested.

What’s crazy …  before they jump on Johnathan, you can hear a couple cops apparently discussing what they could possibly arrest him for … and bring up not wearing a mask.

All three guys were arrested for felony resisting of an executive officer. They say the charges are BS, as they were simply giving their two cents from a safe distance … claiming the arrests were unwarranted, not to mention violent and brutal.