Resident Evil Village begins terrifying fans today, and if you’re a UK resident living around the Somerset area, you may have noticed or heard of a giant lycan drawn into a nearby hillside that has puzzled residents for the past week. Nope, it’s not the work of any supernatural phenomena or mischievous prankers. Capcom took it upon themselves to promote Village’s arrival by creating a unique rendition of one of its deadliest enemies.

The lycan chalk installation measures 58m high and over 100m long. Capcom doesn’t provide an exact location, but it’s nestled somewhere among grassy hills between the villages of Somerset and Blackdown Hills. For those unaware, the English countryside has historically been littered with similar hillside art and this latest addition appeared a week ago before Capcom raised its hand to claim responsibility (I can only assume the game’s title was added last). According to the publisher, the massive beast took less than 24 hours to create. Best of all, it can even light up, creating quite the nighttime spectacle. 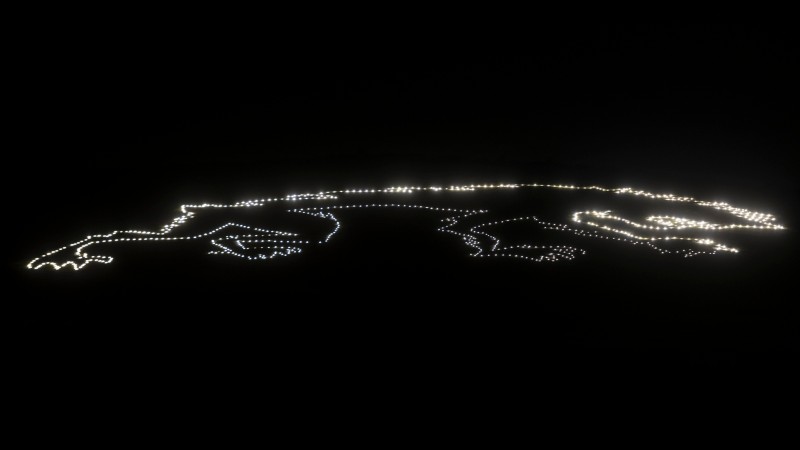 “To celebrate the launch of the latest installment, Resident Evil Village, we’re thrilled to have brought one of the new, most iconic and fearsome enemies players will encounter within the game to life in a whole new way.” says Village’s producer, Tsuyoshi Kanda.

I’ve heard of far more disastrous ways of creatively promoting a big game, so kudos to Capcom for pulling off a cool feat that also feels appropriate for Village. There’s no word on how long the lycan will stick around, so it’s probably a good idea to swing by it if you’re a Resident Evil fan living near the area. The rest of us will have to settle for just playing Resident Evil Village, which impressed us with its fantastic balance of action and horror. Check out our full review here.

For more on Resident Evil Village, Capcom recently gave us more insight into Chris Redfield’s seemingly darker turn that you can read all about here. If you want another, more unique form of artistic expression, someone turned Lady Dimitrescu into a terrifying version of Thomas the Tank Engine.

Team Ninja Is Working On “A Lot Of New Titles,” Confirms No Nioh 3 Or Ninja Gaiden

Godfall Will Be Microstransaction-Free – Game Informer