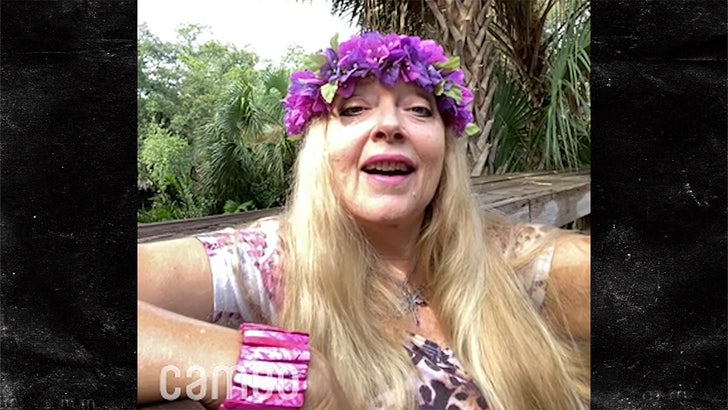 Carole Baskin is making lots of dough with personalized messages … but making sense of what she said — well, that’s a whole other thing.

She recorded this message for a guy who goes by Robin Hood 702 … a guy who apparently has worked with authorities on various cases. 702, btw, is the area code for Vegas.

Listen to what she says … Carole is making reference to the MGM lion. Well, there have been rumblings a tiger or 2 may make its way to Vegas for one of the shows, but here she’s talking about a lion never being “tattered” so those dots don’t connect.

She also mentions David Chesnoff, a prominent lawyer who has Vegas wired, but she never explains what she means when she says he’s hold up in the Penninsula.

And, then she mentions Patty Glaser, a super-powerful L.A. lawyer. Again, connecting the dots is damn near impossible.

One thing’s for sure … Carole’s cashing in on these video messages. She reportedly pulled in $20k in just one day.