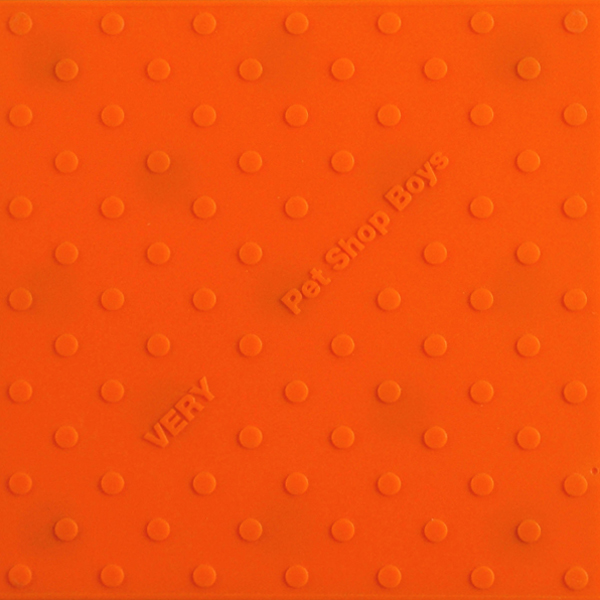 Pet Shop Boys’ hits compilation, Discography, wasn’t the end after all. After the duo traded the dancefloor for the melancholic, deeply personal reflections of Behaviour, a return to pop was, perhaps, inevitable. Behaviour left many fans profoundly moved – uniting spirits crushed by the AIDS epidemic – but it hadn’t matched its predecessors in terms of success.

“Behaviour was slaggedoff at the time for not being a dance album,” Tennant relayed to Chris Heath. “We were feeling a little insecure, maybe. Anyway, we decided to do a mega dance-pop album.”

Recording was a three-tier process. Basic tracks were laid down in Lowe’s home studio in Hertfordshire, with Pete Gleadall helping on programming. Further sessions took place at Trevor Horn’s Sarm West studios, before Stephen Hague got involved, with a final mix completed at RAK studios.

While Ace Of Base, UB40 and the omnipresent pop-grunge of The Spin Doctors’ Two Princes fought it out for UK No. 1, PSB stretched out. With the help of designer David Fielding they created an entirely new realm, built of surreal costumes and fantastical imagery.

One episode of TOTP found a pointy-hatted Neil in orange jumpsuit, miming opening single Can You Forgive Her? atop a giant high chair, while Chris frolicked with dancers next to a giant egg. Add Daniel Weil’s injection-moulded, bright orange Lego-like CD case, and PSB’s distinctly ‘Up’ manifesto was realised.

This album would be a turning point; in place of Behaviour’s discreet and seductive habitat, the Boys returned to Hague’s instinctive nous for pop, adopted neon-brite computer games as visual impetus, and hawked an engaging collection of micro-dramas over a renewed joy for the floor.

The Fairlight stabs and forceful programming of that blast-off opening single gave impetus to what was one of the duo’s boldest melodies for some time. A potent tale of “youthful follies and changing teams”, it added weight to suggestions that this was PSB’s ‘coming out’ album.

I Wouldn’t Normally Do This Kind Of Thing was EDM pop perfection; soft synths and lush orchestration atop thumping kick and snare. A protagonist who feels like taking all his clothes off and dancing to the Rite Of Spring pressed the reset button for an open-palmed freedom.

Liberation dropped all disguises entirely; as Tennant professes his uncontrollable love, we’re escorted up into pearly clouds of symphonic electronica.

The story unfolds as A Different Point Of View suggests discord amongst our lovers, whilst the theme continues into Dreaming Of The Queen, this time reframed within a dream of doleful acceptance – that there are “no more lovers left alive”.

Its stark imagery of the AIDs crisis combined fear, vulnerability, and comfort into one sobering sentiment. As its central character stands naked amongst royalty signing autographs to the sound of the onlookers’ laughter, the compass is wildly spinning out of control.

Full Eurobeat mode follows with the autobiographical Yesterday, When I Was Mad, the cause of the homeless is given weight via The Theatre’s driving beats, while One And One Make Five returns us to that hesitant central love story.

The tempo drops for To Speak Is A Sin, the album’s sombre anomaly, while the pixelated Young Offender approaches an age-gap affair.

Jubilant backing in break-up song One In A Million – initially intended for Take That – frames our lover’s cocksure rejection. The duo’s iconic cover of Go West wraps up what to many fans is the duo’s crowning moment.

Very is the one and only Pet Shop Boys’ album to make UK No. 1. In an era when AIDs was upending lives left, right and centre, here was a hopeful, celebratory, masterstroke.

Once again leading the crowd in terms of innovative formats, the Pets decided that the wealth of floor-friendly (largely) instrumental material that they had banked during the Very sessions would be best served up as a bonus disc added to a special limited edition of the album.

While largely forgotten and now somewhat hard to find, Relentless is a curio of the PSB catalogue, for sure, but its euphoric, house-bound vistas display an integral part of their songwriting palette.

An initial run of the album entitled Very Relentless featured this bountiful companion disc that compiled six (almost) voice-less treasures in one place – My Head Is Spinning, Forever In Love, KDX 125, We Came From Outer Space, The Man Who Has Everything and One Thing Leads To Another.

At just over half an hour, Relentless contrasts the unapologetically bright pop of Very with equally unapologetic synthpop dance that ranges from house to trance and techno. We love it, but for many it’s one reserved for the true Petheads.

Read our article on the cover art of Depeche Mode

Listen to “Still Think About You” by thisisNAMASTE

The last time I featured thisisNAMASTE on the blog, the track I spoke about, “I Like Your Face“, got a play on the reality TV show Love Island UK. Which was a pretty, awesome thing to happen. And so lovely for Natasha Marie Stewart (AKA thisisNAMASTE) to receive this kind of recognition. It just goes to prove how relatable her lyrics are and that she hits the right vibes with a pop audience that spans all ages. In follow up, as summer finally kicks in. She is out with another glorious, shimmery bop. Come rain or shine, “Still Think About You” provides the taste of Summer in song form. Delivered by a joyous, uplifting melody and thisisNAMASTE’s straight-up glowing vocals.

The lyrics are self-explanatory on this new banger. It is a break-up song of sorts steered by lyrics that spin on a positive axis. “We said forever, but I’m thankful we’re done. Now I’m number one” she sings. While further issuing a bolder statement. “Boy, don’t get it confused, now your gone, yeah, I’m thriving, no point in denying I still think about you.”

Another way of looking at the track is that it also celebrates new beginnings. But that’s just the way of thisisNAMASTE’s open and honest pop brilliance. She goes out of her way to empower through her lyrics. Giving us much to take on board and be optimistic about set to a glittery pop beat. “Still Think About You” is a must-have track on your summer playlist. So catchy, melodically led, pop perfection. In fact, she has now amassed a plentiful supply of beautifully crafted songs where each one directs us with ease to become addicted to the repeat button.

“Still Think About You” continues to solidify thisisNAMASTE’s presence in the pop realm. In that, I know who to come to when I have cravings for super catchy and accessible pop. thisisNAMASTE always sees me right.

The late Donna Summer is back with a new track from her hotly-anticipated next album.

The song, You To Me (Oliver Nelson Remix), is the second single to be taken from I’m A Rainbow – Recovered & Recoloured, a 10-track album which completely re-imagines Donna Summer’s ‘lost’ 1981 LP I’m A Rainbow mixed by a host of international producers; Junior Vasquez, Le Flex, Figo Sound, Jean Tonique, Ladies On Mars and Oliver Nelson – who has just signed to Atlantic Records – have all added their touch.

Forty years ago this September Donna Summer’s new album I’m A Rainbow, produced by Giorgio Moroder and Pete Bellotte, was weeks away from being released. During 1981 the musical landscape was changing, production techniques were developing and Summer’s label wanted a more R&B-influenced album and took the decision to withdraw the album just before its release.

It languished in the Geffen vaults until it was eventually issued in 1996 as an 18-track CD with no fanfare at all.

Fast-forward to 2021 and I’m A Rainbow has received a fresh coat of paint.

Album curator Michael Neidus on this second track to be taken from the album: “You To Me has always been my favourite song from the album but have always wondered how it would sound slightly more up-tempo. Whilst in Los Angeles in 2017, I kept hearing this cracking dance track over the poolside speakers. ; it was a remix by Swedish producer Oliver Nelson, of Habits (Stay High) by fellow-Swede Tove Lo.

“It had been a UK Top 10 hit but somehow I had completely missed it. I kept hearing Oliver’s remix, then discovered his other work and knew that I’d want him to work on a future project; You To Me just seemed the right track. He delivered a great version, respecting the original but adding new elements to it and giving it a little more pace. I suggested to remove the original intro and introduce a drum rise, which he did and it gave more impact to the start of the track, especially stylistically in a Love Unlimited vein. Within two seconds its warmth made it sound like an old and familiar friend.”

You To Me is available now with I’m A Rainbow – Recovered & Recoloured following on 8 October.

Back Where You Belong [Jean Tonique Remix]

You To Me [Oliver Nelson Remix]

I Believe (In You) [Figo Sound Radio Version]

Back Where You Belong [Jean Tonique Remix]

You To Me [Oliver Nelson Remix]

I Believe (In You) [Figo Sound Radio Version]

Watch “are you?” by zeph

I have New Zealand singer-songwriter Thomston to thank for an early introduction to Maryland-based bedroom pop auteur zeph (Zephani Jong). She featured on Thomston’s recent, dreamy offering “Magnolia” (review here), providing a splash of liquid gold harmonies to the sonically driven piece. She is also the latest artist to be snapped up by Neon Gold Records as a part of their fantastic roster of artists and has released her first single on the label. The catchy and fresh alt-pop track “are you?” arrives ahead of her forthcoming debut EP slated for arrival in the Autumn.

Her vocals are shimmering and hypnotic, with a notable breeziness about them. The best way of describing her style is that it is really, quite indie-pop angelic. And she is into creating vibes from the ground up. The debut “are you?” is written, recorded, and produced by, Zeph herself. She also exudes some quirkiness, which I love to see in pop artists (in fact applies to people in general). I am, loving that quite a lot of quirkiness has spilt over into the music video also. It is sweet and adorable to watch and is making me want to jump into the screen to join her because it looks like Zeph had the best kind of fun making this Erik Rojas (Isaac Dunbar, Rich Brian, Jessie J) directed video.

The track endearingly broaches the topic of relationships. Does this guy still want to be with Zeph? If only he would quit the mind games. Speak up, reciprocate with some answers and not be so vague and distant, Zeph politely inquires.

Zeph has a voice that is sweet enough to charm. Yet her honest, straight to the point style of lyricism is her weapon of choice and the embodiment of her signature style. This is the winning formula that culminates in the whimsical banger “are you?“. Dive into this fiercely cute pop track now. I guarantee after just one listen, it will be in your head for the rest of the day.

Listen to “Still Think About You” by thisisNAMASTE

7 of the Best Makeup Tips to Try in Your 30s