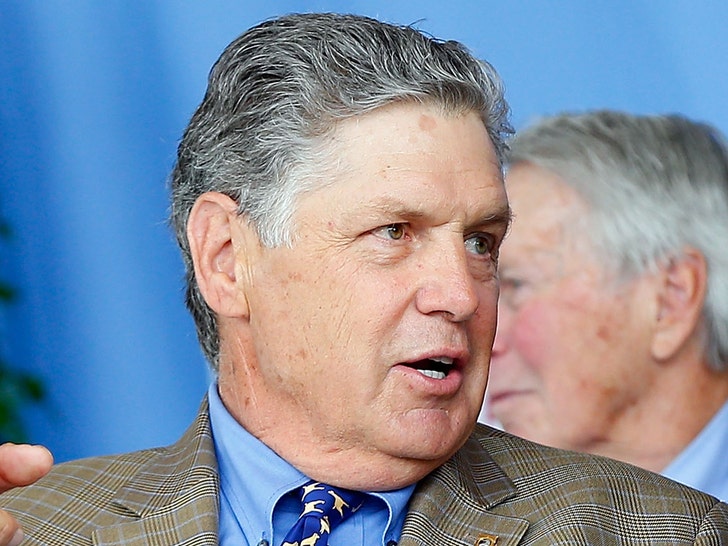 Tom Seaver — one of the greatest Mets players of all time — died Monday after a battle with dementia and COVID-19. He was 75.

“We are heartbroken to share that our beloved husband and father has passed away,” his wife Nancy and daughters Sarah and Anne told the National Baseball Hall of Fame. “We send our love out to his fans, as we mourn his loss with you.”

Seaver passed away peacefully at his home in Calistoga, California surrounded by his family, according to the HOF.

Seaver was a part of the legendary “Miracle Mets” of 1969 … which went on to win the World Series over the Baltimore Orioles.

He ended up becoming a first-ballot Hall of Famer and was inducted into Cooperstown in 1992.

Seaver went public about his dementia diagnosis in 2019 — and announced that he would “retire from public life.”

Seaver is one of the greatest to ever wear a Mets jersey — he had his No. 41 jersey retired in 1988 and was given the nicknames “Tom Terrific” and “The Franchise” during his playing days.

The Mets addressed the loss of a legend … saying, “We are devastated to learn of the passing of Mets Legend and Baseball Hall of Famer Tom Seaver.”

“Beyond the multitude of awards, records, accolades, World Series Championship, All-Star appearances, and just overall brilliance, we will always remember Tom for his passion and devotion to his family, the game of baseball, and his vineyard.”

MLB commish Rob Manfred released a statement on Seaver’s passing, saying, “I am deeply saddened by the death of Tom Seaver, one of the greatest pitchers of all-time.”

“Tom was a gentleman who represented the best of our National Pastime.”

Manfred added … “On behalf of Major League Baseball, I extend my condolences to Tom’s family, his admirers throughout our game, Mets fans, and the many people he touched.”