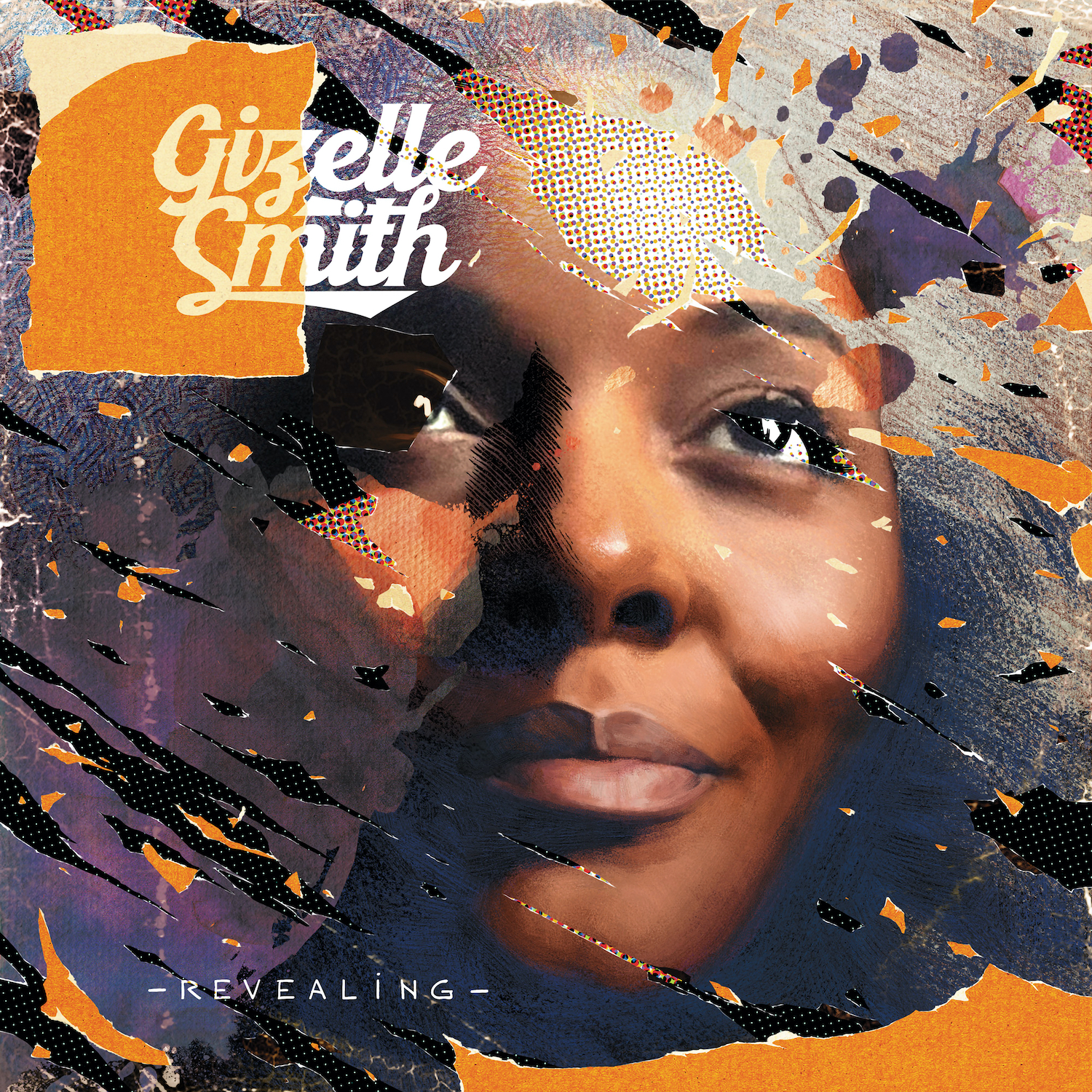 Gizelle Smith’s sonic palette is broadened for her third studio album – rock, pop and electronica influences are now woven into the mix alongside the classic soul and funk that she’s been known for since breaking through with her 2009 debut LP with The Mighty Mocambos.

The recent death of her father Joe Smith, former guitarist, musical director and songwriter for Motown legends The Four Tops, prompted a radical rethink for album three. “I was pretty much emotionless towards music in general and had lost all sense of direction with my own artistry,” explains Smith. “My whole identity as a songwriter and musician vanished into the ether with my dad, like a cord had been severed.”

Opener Agony Road deals directly with the loss her father, a powerful evocation of the seven stages of grief while the funky pulse of Superstar delves into the notion of modern-day fame. Meanwhile, backed with slick 70s wah wah guitar textures, shuffling drums and Sam’s walking bassline, Better Remember (They’re Controlling You) is an impassioned plea for personal freedom.

An ambitious reworking of Kate Bush’s King Of The Mountain will be the talking point for many and Smith pulls off the challenge with aplomb. Bush’s understated opener to 2005’s Aerial double album is rebooted here with electronic pulses and given a slyly funky makeover. The Girl Who Cried Slow mines darker territory while Miss World (Less Is More) is a sweeping string-filled ballad.

Vocal similarities with fellow Mancunian, the much-missed Denise Johnson, may be entirely coincidental but like the former Primal Scream vocalist, Smith has a talent that shines across multiple genres. Steve Harnell

Watch “I Know That He Loves Me” by Autoheart

This was a good spot if, I DO say so myself. London-based indie-pop group Autoheart dropped “I Know That He Loves Me“, on Adele New Music Friday. The track is the first taste of their third studio album, “hellbent“. And, it looks like the band are going with their plan of releasing this album on the 29th, October. Which isn’t very long to wait, is it? I for, one, am very hyped at the news. More gorgeous Autoheart songs are on the way. I know without hesitation these will be worth the wait. And will also undoubtedly be very, special pieces of music, as always is the way with them.

But there is more… they also unleashed a stunning music video for the new track. (Another, because all of Autoheart’s music videos are beautiful art forms in themselves). Directed by Joseph Wilson, the clip focuses on strong visual storytelling. A young man is attempting to make sense of his feelings. Yet is confused and torn by having being raised on the teachings of religion. Confliction arises when coming into contact with sources of discrimination, and attempts at brainwashing and propaganda take hold. His soul is troubled, but he is strong of self-worth. He looks to the light and makes his way in life the best he can.

The song narrative and the candid, almost poetic lyricism, contained within are of the high standard they always meet. This is why I am always happy to wait for new music from the band. They are consistently good. When I am writing about them. They make me really think about the subject at hand on a psychological level. No other band does this to me, but Autoheart does. I have listened to and watched the track multiple times, absorbed a lot from it. Wow, do I feel, enriched. I cannot imagine the feelings that will surge through me when the album drops. I know listening to what Jody, Barney, and Simon have to say. Will only help me have a greater understanding as an LGBTQ ally and become a better human being, though.

Hello, new Erasure video, what a pleasant sight for my eyes you are!

You may or may not have seen the legendary synth-pop duo of Vince Clarke and Andy Bell surprise-released the “Ne:EP” while setting out on the UK leg of “The Neon Tour” two weeks ago. (They have been randomly popping up on TV doing some promo about it.) Because as Andy stated, he no longer updates, has turned off social media. This release may have indeed passed you by. (I am an Erasure Info subscriber and had the heads-up about this). It also made some kind of sense to unleash a video for the EP’s lead track “Time” (Hearts Full Of Love) on the weekend these tour dates started to be wrapped up.

With the tour dates rescheduled more than once. The “Ne:EP” has been issued as a little extra bonus. An add-on if you will, to the eighteenth studio album “The Neon” and “The Neon Remixed” edition. In addition to the track “Secrets” which appears on the (remixed edition) “Ne:EP” is comprised of four new tracks that didn’t make the album.

That was a lot of information to take in, wasn’t it?… Anyways I hope you’ve got the gist behind the release of this quite fabulous Stephano Barberis directed music video. The fandom has been quick voicing their approval of this digital-creative masterpiece, because Andy and Vince appear in it. The clip does have a concept of time running through it and is spectacularly visually appealing. The link between this video and the video content Stephano created for “The Neon” tour, is probably being missed by most people, though.

A good call from the record label this time, I think, insisting that this track be released. “Time” (Hearts Full Of Love) is a classic slice of Erasure for me. The track mix used in the video is particularly on-point with their very early hits of thirty-five years ago. Most artists and musicians have (should have) the desire to keep pushing the music forward. But sometimes, giving the fans (loyal and new ones) a few goosebumps of nostalgia once in a while is a good thing. 23 year old me in the front rows of the Hammersmith Odeon on The Phantasmagorical Entertainment Tour is definitely dancing now.

BBC Two is to screen a major new documentary series about the pop music of the 1980s.

Dylan Jones says: “Interminable television programmes still suggest the whole episode was nothing but a calamitous mistake, a cultural cul-de-sac full of rotten records by shameful individuals with orange skin and espadrilles. I’m here to tell you this couldn’t be further off the mark.”

In the first episode, Jones sets out his claim: that the 80s was the most creative musical decade ever. He’ll assert that the 80s, unlike other decades, was undefinable by monolithic musical movements such as punk, disco or Britpop, and unleashed a myriad of new musical genres in just 10 years. To support his theory, he’ll hear from some of the leading musicians and producers of the era, who were at the forefront of the incredibly diverse music creation.

Speaking in the programme, Nile Rodgers says: “The 80s was the pinnacle for a lot of us musicians who had come from the 60s and the 70s. Reaching that place you had this great explosion of artistry in the 80s that ran the gamut.”

Episodes two, three and four will feature a mixture of archive performance and music video, handpicked by Jones, which explore themes including the MTV generation; the birth of hip hop, the emergence of house and the rise of the rebels, who deliberately eschewed all they believed to be ostentatiously 80s.

Some of the artists explored in the series include Madonna, Duran Duran, Eurythmics, The Sugarhill Gang, Public Enemy, Bronski Beat and Erasure.

The 80s – Music’s Greatest Decade? is produced by Plimsoll Productions. The Executive Producer is Siobhan Logue. It was commissioned by Owen Courtney, Commissioning Editor and Jan Younghusband, Head of Commissioning for BBC Music TV.

To accompany this series, on Friday 29 October, Radio 2’s weekly step back in time, Sounds Of The 80s with Gary Davies (Fridays, 8pm-10m), will see Dylan Jones share four of his favourite 80s songs and why they are so special to him, as part of Sounds Of The 80s regular feature, My 80s.

Read more: The Story of the New Romantics

Hot vs Cold Challenge/ Girl on Fire vs Icy Girl

The 25 Best Shackets and How to Style Them

Watch “I Know That He Loves Me” by Autoheart

30 Beauty Products a Beauty Director Swears By for Fall