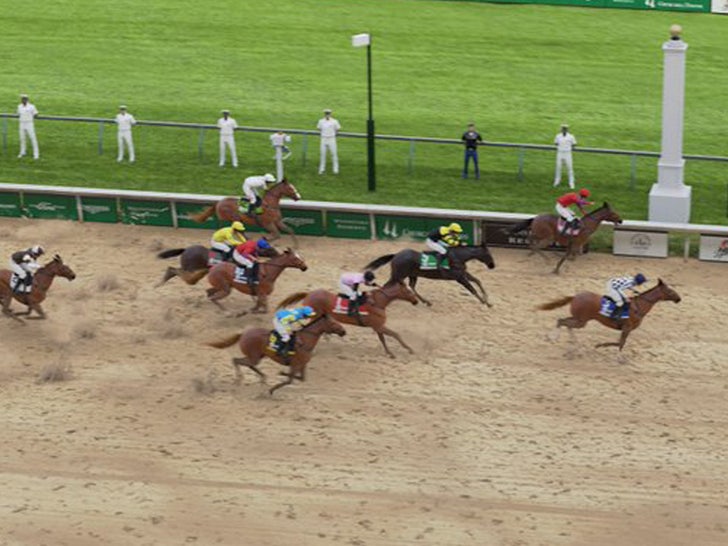 Secretariat pulled ahead of Citation in the final stretch of the Kentucky Derby Saturday — and if you’re wondering what year it is … don’t worry, it’s still 2020.

This weekend would’ve marked the opening day of the 146th annual horse racing event down at Churchill Downs over in Louisville — which was postponed for the first time ever since WWII — and while they couldn’t get real thoroughbreds on the track, the crafty minds working the event created a virtual simulation race instead with Triple Crown Winners past.

Watch it again! The 13 Triple Crown winners face off in a virtual race under the Twin Spires of Churchill Downs.

The way it works is that programmers entered each horse’s stats into a computer system — which took into account their odds as well — and then it spits out a random number to assign to each horse. So, while Secretariat was the 7-2 favorite to win … it didn’t necessarily mean he WAS going to, even though he actually did in the end. Go figure!

It was a fun experiment, but it also proved why the proverbial G.O.A.T. of horse-racing is the king. BTW, if you’re wondering why lil’ Seabiscuit (who defeated War Admiral once upon a time) wasn’t included — it’s ’cause he never competed in any Triple Crown races.

He probably could’ve held his own though … at least we think so, anyway.