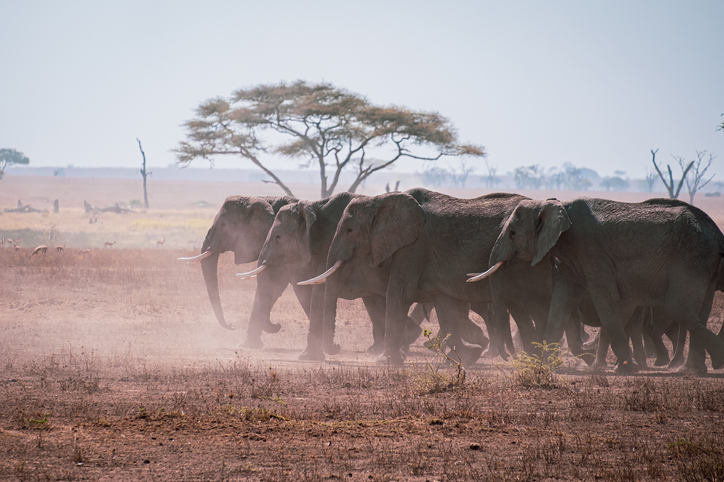 Hunting is one thing but killing animals to steal their body parts to make a profit on the black market is something else entirely. Poachers deserve whatever the universe deals them for their crimes against nature and the law. According to a report in Yahoo! News, the universe is definitely keeping the balance.

Officials at South Africa‘s Kruger National Park have announced that three suspected rhino poachers were on the wrong end of an angry elephant stampede as they attempted to kill rhinos and cut off their horns to sell in Asia. Patrol rangers say the men inadvertently ran into the elephant herd as they tried to escape apprehension. Later they discovered the body of a “badly trampled” man who had died from his injuries. One of the men was able to escape and a third had been arrested.

80% of the rhinoceroses in the world live in South Africa and many of them that are targeted for poaching live in Kruger. That said, the report also states that those killings have dropped significantly as of last year when the hunting saw a 33% decline.

These guys got exactly what they deserved and although one of them got away we’re sure that there is something terrible coming to him in the future.