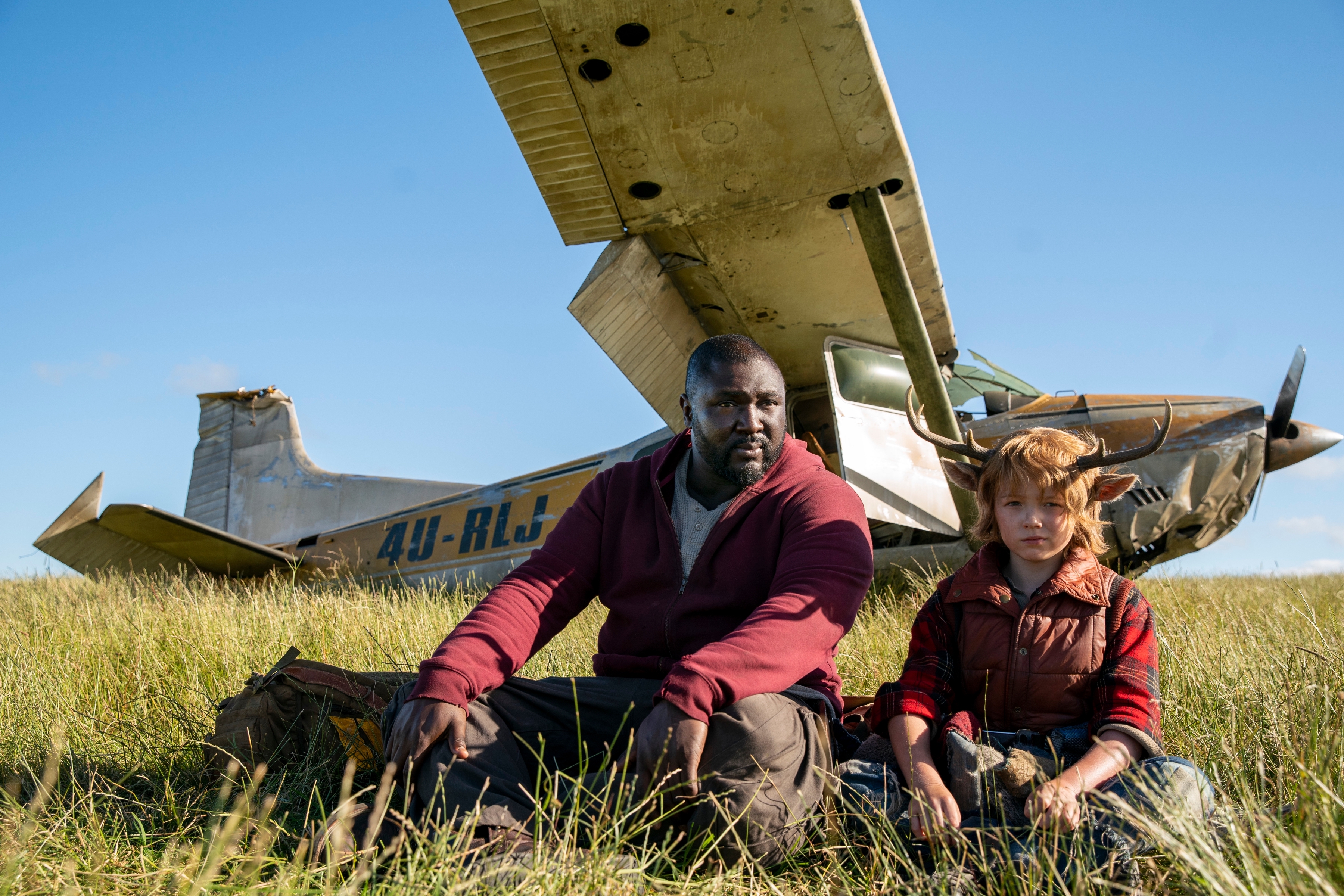 Have you tuned into Sweet Tooth?

Starring Christian Convery, Nonso Anozie, Dania Ramirez and more, Sweet Tooth is the latest series to go no. 1 on Netflix. Based on the DC Comic book series by Jeff Lemire, the show follows Earth as it’s thrown into chaos after a mysterious virus kills off most of the population and half-animal, half-human hybrids are born into the world. In the midst of it all, Convery and Anozie’s characters (Gus and Jepp, respectively) cross paths and form an unexpected duo.

Ten years ago “The Great Crumble” wreaked havoc on the world and led to the mysterious emergence of hybrids — babies born part human, part animal. Unsure if hybrids are the cause or result of the virus, many humans fear and hunt them. After a decade of living safely in his secluded forest home, a sheltered hybrid deer-boy named Gus (Christian Convery) unexpectedly befriends a wandering loner named Jepperd (Nonso Anozie). Together they set out on an extraordinary adventure across what’s left of America in search of answers— about Gus’ origins, Jepperd’s past, and the true meaning of home. But their story is full of unexpected allies and enemies, and Gus quickly learns the lush, dangerous world outside the forest is more complex than he ever could have imagined.

Following the success of the show, one of its producers has revealed a rejection email he received when pitching it. “No one is going to buy a deer boy show and definitely no one is going to make it,” the email reads. See Platt’s tweet below.

No word on who sent the note, but let this be a quick lesson to everyone… never let another person tell you what you can’t do. Keep pushing forward with your passion and always believe in yourself!

If you haven’t tuned into Sweet Tooth yet, get into it ASAP.