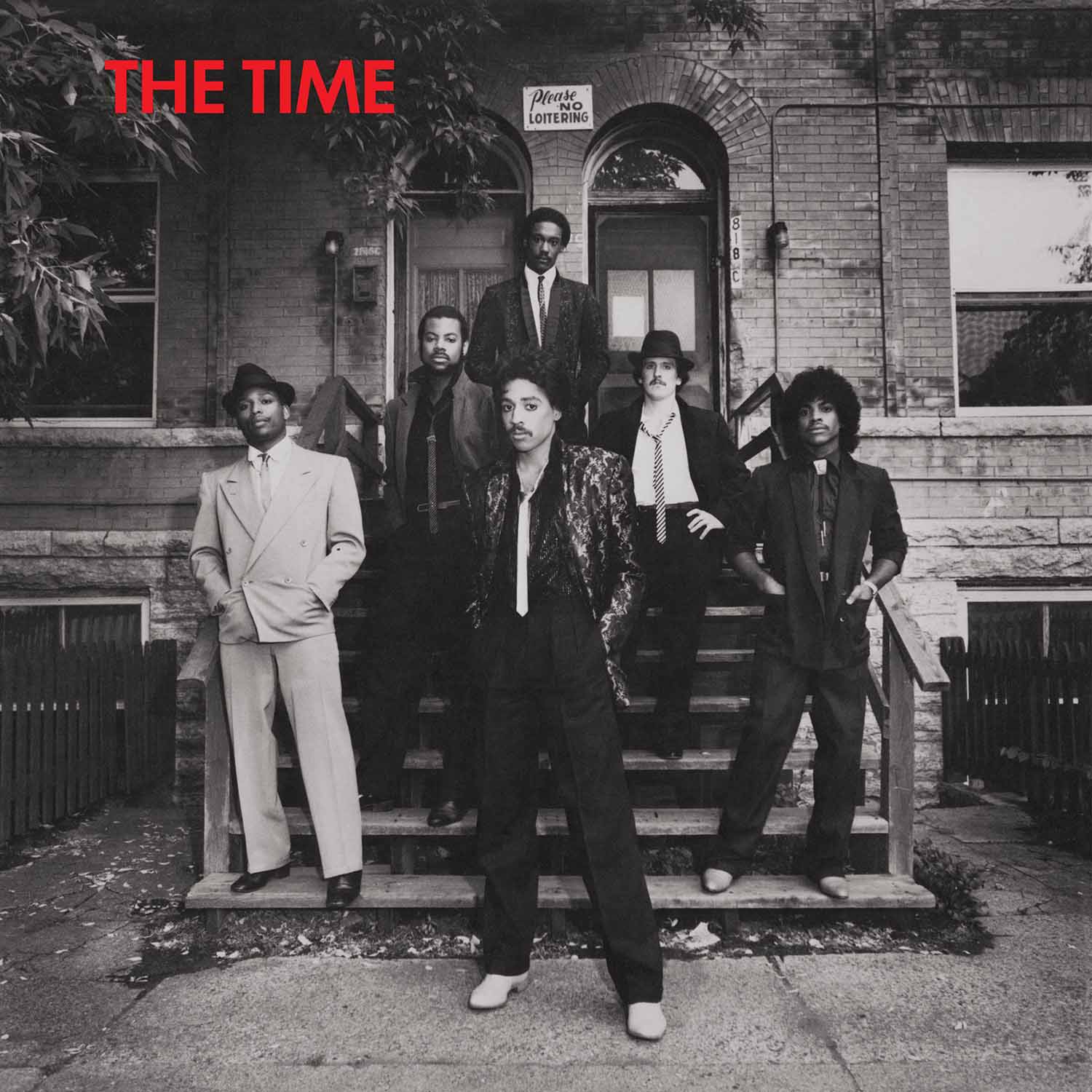 Forty years ago The Time released their first eponymously-titled album, and now, to mark its anniversary, Rhino Records are releasing a 2LP expanded version.

Originally released on 29 July 1981, the album was written, produced, and arranged almost entirely by Prince under the pseudonym Jamie Starr.

The new Expanded Edition has been created from the original analogue tapes and is available as a 2LP red and white set and features several alternate takes of the six main album tracks. The digital version was remastered under the supervision of lead vocalist Morris Day. Both will be available 16 July and are available for pre-order now.

“When I was a young teen growing up in Minneapolis, all I ever wanted to do was be in a band and play my drums,” says Day. “Never in a million years did I imagine 40 years later that my band The Time would be considered funk royalty. To some, 40 years in this business is considered a lifetime. To me, I’ve only just begun. Stay tuned. Yeesss!!”

Have you ever stopped to imagine what a collaboration between a Swedish producer and an Irish vocalist might sound like? If you wondered about this or if you do not think about this for that matter. You will soon find out. I am about to share with you. “Long Summer Nights” the new track from Sweden’s Oliver Nelson (producer) and Irish breakout artist Lilla Vargen (vocals).

The offering isn’t one of those summer anthems which pump up the bass and blares horns. The dance track emits a different kind of energy. Shimmering electro-tinged synths and emotively tender vocals. Create feel-good vibes that are flawlessly executed, and come together to form a soundtrack for sun-drenched days and hot summer nights.

It isn’t until the lyrics kick in that we are alerted the that song is not as joyous as it first seems. This is because of Lilla’s vocal unravels a story of a love gone cold. Although we could also look at the track another way. As an invitation to break away from the familiar to embrace new perspectives. For want of a better description. “Long Summer Nights” is this summer’s ultimate sad pop banger in this respect. A soft and soothing melody joined by vocals vulnerable with emotion.

“After all those long summer nights without you here. Dancing alone, feeling weird. And I’ve been far from home this whole year, just wishing I could disappear. (lyrics)

When the temperatures heat up. It is not unusual that our thoughts should turn to day trips outdoors. It is lovely to have some good music to help with creating a suitable ambience for our journies. Simply put. “Long Summer Nights” is a catchy and danceable track sure to be the perfect addition to summertime playlists. Blissful, upbeat pop that harnesses a carefree and driving disco feel.

Watch “My Demons” by Tears for Fears

British duo Tears For Fears released their new album “The Tipping Point” on February 25th, simultaneously receiving much acclaim. Already spawning singles “Break The Man,” and “No Small Thing,” as well as the album’s title track. The album “The Tipping Point” has topped the Billboard Charts in the USA and went top 5 in the UK. Sharing “My Demons,” their fourth focus track lifted from the long player. Curt and Roland have reached the point where they are willing to go a bit harder with the synths again.

The track that I was waiting for Curt and Roland to release is “My Demons.”. This is not least because of how electrifying and intoxicating with synths the track is. That it has the feel and stylising of something Depeche Mode might do. “My Demons” does shake up any preconceptions about Tears For Fears. They have still got it. In fact, they never lost it, whatever it is. It is in roaringly fine form on this song.

The legendary duo are very good at using their lyrics to inform and convey bold messages. It has always been their way to speak up on topics they are passionate about or spark a debate. So very definitely not another love song. In “My Demons,” they express their annoyance with a world that has become increasingly big brother. In their thought-provoking lyrics, they raise concerns about security measures in our modern-day society that act as a double-edged sword. Where tracking, monitoring and surveillance encroach our right to privacy. But also has the intelligence in place, to track down those who go off track and wayward in their lifestyle choices.

Yeah, we would have liked a video with Tears for Fears in it. They bestowed upon us one starring dancer and actor Ed Munro instead.

Curt and Roland have remained elusive about the release of the video for the song. Although I’d like to assume that “My Demons” was put out as their way of raising a toast to Depeche Mode keyboardist Andy Fletcher who passed away last week.

Tears For Fears kicks off the UK leg of their “The Tipping Point” tour, July 1st. Also on the bill as support is Alison Moyet. (Further information, here.)

Listen to “Mirror” by Russell Louder

Are you fed up with recycled pop songs? The ones that rely on heavy sampling and the ones that have endless cover versions. I feel this way sometimes. More than anything, I love to discover new music that breaks the mould. So, when I received a note alerting me to Canadian raised trans-singer-songwriter, producer and performance artist Russell Louder. (And upon reading their informative bio.) This artist intrigued me, that I wanted to find out more. Since they just dropped a new track, “Mirror,” I was able to do this easily.

I am glad I took a risk on Russell Louder. Their track “Mirror” was entirely what I needed. There is no lack of originality from this artist. They walk their own musical path. Some have compared their voice to that of Florence and the Machine, Eurythmics, or La Roux. There most definitely, is a powerful and ethereal quality present in the vocals. Where the vocals are both haunting and spellbinding at once. The other star of the show is the music, of course. This is where Louder comes into their own. By way of immaculate production and skittering off-centre electronica.

“Mirror, mirror, nothing is clearer. If I can’t see her, I can’t believe her. Lover, lover just like the others. It’s funny what a reflection uncovers.” Russell exclaims

The lyrics explore doubt and deception in a relationship.

These are the words of someone carrying a heavy emotional load. A person burdened with torment. And yet, the track is highly fascinating and intoxicating. This is a blend I can’t get enough of. So I keep listening. While it fills me with a sense of uneasiness, I truly think the song has cast a hypnotic spell over me.

I shall check out more of Russell Louder’s tracks right away. They have a rare musical maturity. Something major is occurring here.

Times Celebs Were Homophobic Or Transphobic

The Children’s Museum Of Indianapolis Issues An Apology

I’ve Paired A Book With Each “Selling Sunset” Personality, So Here’s What You Should Read Next