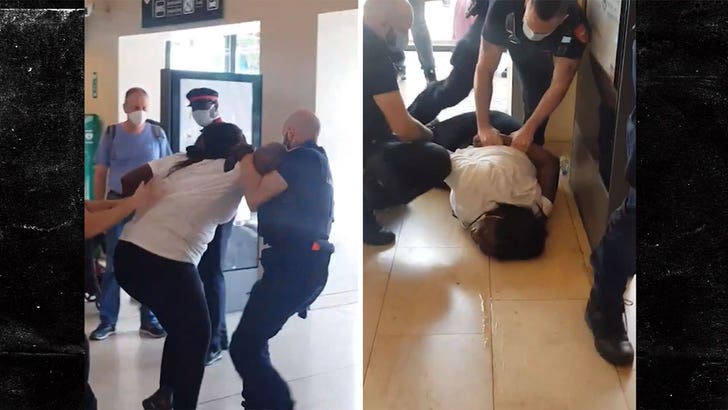 French police are under fire for twisting a black woman’s arm and pinning her to the ground during an arrest — a loud and horrifying incident captured on video.

The arrest reportedly went down earlier this week at a train station outside Paris when a couple of cops first shoved the woman and directed her to leave the station. Within seconds, both cops had her arm behind her, and slammed her to the ground.

The video started circulating on Twitter with the caption, “French police assault a PREGNANT black woman and put her on her belly despite her cries of pain. The French president still denies the existence police violence.”

We can’t confirm the woman is pregnant — someone in the background yelled that she is — but she was very clearly screaming in agony while on the ground. She repeatedly yelled, “pourquoi,” (why, in English)

This incident is on the heels of hundreds of people protesting police brutality and racial injustice in Paris and other parts of the country.

Bill and Melinda Gates File for Divorce and No Prenup