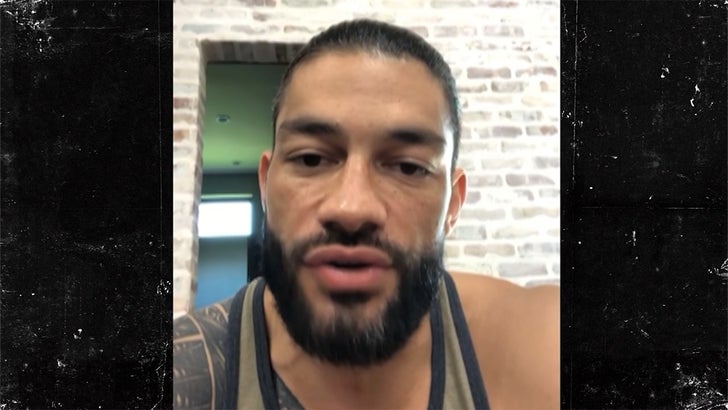 WWE superstar Roman Reigns says he’s champing at the bit to get back in the ring … but can’t take any chances with his health because he needs to “protect” his young children.

“We just had two newborn twins, twin boys,” Reigns says … “They’re 8 weeks old so I had to make a decision for them.”

As we previously reported, Reigns opted out of performing at Wrestlemania 36 back in April — citing concerns about the COVID-19 pandemic.

“A lot of people … they think that it was based off of my heath and the history of my fight against leukemia. Talking to my doctors and stuff, I actually am fine and my immune system is good,” Reigns explained.

“The drugs that I take to fight the leukemia, they don’t attack your immune system.”

Reigns says the decision was “bigger than me” — “It’s my family, it’s my children, they are my legacy. No matter what I do in this world, my children are gonna be the ones to represent my name and carry our name forward. So I had to make that choice for them, to protect them being so young.”

Reigns says he’s not sure when he will return to the ring — but for now, he’s in full “daddy mode” … and that’s okay with him!

There’s more … Reigns is also appearing in the WWE Network series “The Last Ride,” which chronicles how The Undertaker is wrapping up his legendary wrestling career. 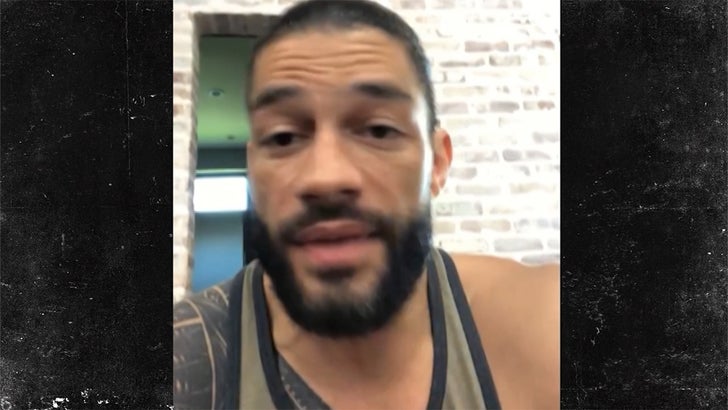 Of course, Reigns famously battled Undertaker at Wrestlemania 33 in 2017 — defeating the Dead Man, right before Undertaker symbolically left his hat, gloves and coat in the center of the ring … which signifies retirement.

“I had no clue about the end … like how he was gonna be laying his hat and his gloves and his jacket down,” Reigns says.

“I didn’t have any clue about that!”

And, get this … Reigns, one of the toughest guys in WWE says he was even moved to tears during the match — though he blamed his watery eyes on something else!

The series debuts Sunday night on WWE Network — and Reigns says reflecting on that moment still gives him goosebumps.